Cienfuegos, one of the cities that you can not miss while visiting Cuba.

It is impossible for us to visit Cienfuegos and not be seduced by the French spirit and the affable Caribbean style that this small city possesses.

Its environment is characterized by an urban nucleus quite homogeneous in terms of architecture, full of classic facades and slender columns that provide a Frenchified atmosphere that even in our days is perfectly preserved.

Since it is the only Cuban city that is born of parents from other countries, mostly French.

Reason why it has been named as the “Pearl of the South of Cuba” and named by the famous singer Benny Moré as:

Read on to learn more about this beautiful city, you will not regret it.

Where is the city of Cienfuegos located? 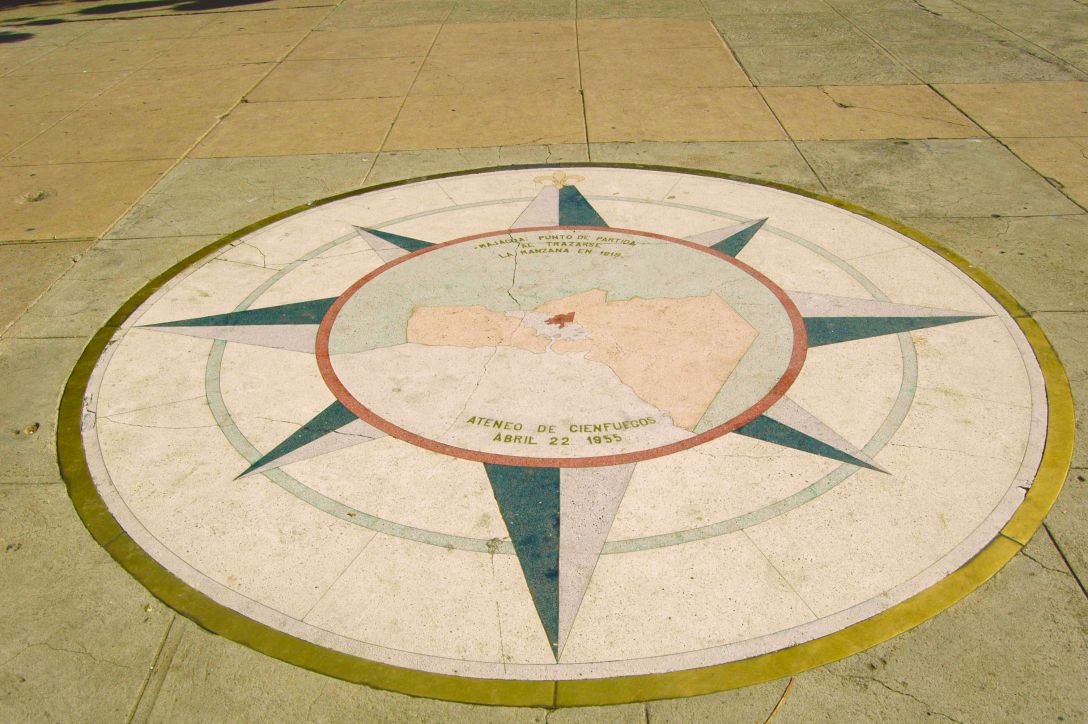 It is located in the central-southern part of Cuba, bounded on the west by the province of Matanzas, on the north by Villa Clara, on the east by Sancti Spíritus and on the south by the Caribbean Sea.

At what time of the year is it better to visit Cienfuegos?

Everything depends on your tastes.

If you want to enjoy the beach and diving, the best time is from January to April.

But if you like the party, you will prefer to go between August and September, since that is when the Benny Moré Festival and the Cienfuegos Carnival are celebrated.

How to get to Cienfuegos?

The main access to the province of Cienfuegos is the National Highway, both from Havana and the east of the country.

Both bus companies have good comfort and have good punctuality.

But because it is mainly focused on tourism, schedules and comfort are better in Viazul, which has the following schedules:

The fact that Cienfuegos is not directly on the National Highway or the Central Highway does not have direct routes to other important destinations such as Varadero, Santiago de Cuba, Holguín or Trinidad.

To travel to any of these sites or others Viazul is necessary to travel to the city of Santa Clara 67 km away.

In what to move once in Cienfuegos?

In the city there is an excellent service of taxis always available on the street or for pickups in a certain place through the phones.

What are the most interesting places to see in Cienfuegos? It is a place to fall in love, to share at night, to enjoy the sunrise and sunset of Cienfuegos.

Here it is very easy to find friends talking, families strolling, people fishing, ice cream, popcorn, rum, Cuban music, without a doubt it is one of the easiest places to meet local people.

In addition, in front of the Malecón there are several markets and coffee shops to drink and snack. When saying Paseo del Prado, you will surely think of Havana. However, also Cienfuegos has his. In fact, it is more modern, bright and extensive than the famous Paseo de la Havana.

It crosses the entire city, about 2 kilometers long, from the entrance to this city to the Cienfuegos malecón.

It is practically impossible not to go through there and not find the statue of “Benny”, without the legend reaches the ear of the observer, and not take a picture with the sculpture that immortalizes it.

This life-size statue reaching the meter eighty-two was unveiled in 2004, by the sculptor from Santiago, José Villa Somerón.

In his head, the big hat that characterized him; the long coat, the wide pants and the two-tone shoes typical of the period.

His smiling face highlights his personality and his walking position seems to invite travelers and Cienfuegos to walk around the city. As if from a novel of the late nineteenth and early twentieth centuries, the Park

Aglutina in its environment several of the most important buildings of the city and is the heart of the Historical Center and National Monument since 1982.

In fact, at the beginning of the city the José Martí Park was called Plaza de Armas and from here the first 25 blocks were drawn a:

the Cathedral Church, the Town Hall, the former Government Palace, the Tomás Terry Theater, the Spanish Casino converted into the Provincial Museum and the Ferrer Palace. The Arc de Triomphe was dedicated by the workers of Cienfuegos to the birth of the Republic of Cuba on May 20, 1902. On your walk through the Parque Martí, be sure to visit the Tomás Terry Theater, founded in 1890.

Located in front of this Park, on the corner of 56th Avenue and 27th Street.

With an eclectic style, its beautiful rooms in the shape of a horseshoe, its decoration and furniture, stands out as one of the most representative and refined buildings of the historical center of Cienfuegos.

Together with the Sauto theater in Matanzas and La Caridad de Santa Clara, it forms the trilogy of typical Cuban theaters of the 19th century. This is one of the quietest areas of the Cienfuegos, in direct contact with the sea and the bay.

It is said that his aboriginal name was Tureira, which means close to heaven. Here, in the nineteenth and twentieth centuries many wealthy families built their luxury mansions.

Among these great mansions, now converted into hotels, restaurants, clubs and museums, are the emblematic Hotel Jagua, the Palacio del Valle, the Blue Palace, the Green House, among many other majestic buildings.

6. Palace of the Valley In the limits of Paseo de Prado in Cienfuegos, in the area of ​​Punta Gorda, stands the Palacio de Valle.

Built by the Italian architect Alfredo Colli for the merchant and industrial D. Acisclo del Valle between 1913 and 1917 and at a cost of 1.5 million pesos (equivalent to 1.5 million dollars.

This luxurious mansion works as a museum and also as a restaurant specializing in seafood.

Inside you can dine in the restaurant while detailing your styles, or you can sit in the bar of its terrace and take good pictures of the bay of Cienfuegos and the city in general.

Its mixture of styles and constructive exuberance make it a jewel of eclecticism in Cuba. In the periphery of the city is the only cemetery garden of Cuba built in 1926.

Its impressive entrance imitates the Parthenon, its design was based on the American concepts of the time for this type of work.

In fact, the only one of its kind on the island, which takes advantage of the topography of the area to integrate the mortuary enclosures into the landscape.

There are many funerary monuments of great cultural value, among which are those of families and famous artists of the town, the monument of the Veterans of the War of Independence and that of the Martyrs of September 5, 1957, and the majesty and beauty of the city. place invite to a visit in which meditation has its place.

At the corner of 54th and 25th streets, in the surroundings of the Martí Park in Cienfuegos, we find this amazing palace.

It stands out for its eclectic (architectural) style and today is the House of Culture of the city.

From its top you can see very beautiful views of the city. It is a good destination to sunbathe and relax in its warm waters.

It is located only 20 kilometers from Cienfuegos.

It has incredible sea beds, with corals and archaeological remains of invading ships and with the largest coral column in America, with 5 meters high. It is one of the most beautiful paradises in Cuba.

Hidden among the mountains, it combines the green of the vegetation with the rivers, waterfalls and natural pesetas.

It is a wonder of nature available to the visitor.

It is part of the Laguna de Guanaroca – Yaguanabo refuge due to the amount of typical species in danger of extinction that populate it.

You can walk its paths with guides, bathe in its rivers and waterfalls and live close to nature from a virgin spot.

I hope this guide helps you to enjoy the offers of Cienfuegos to the maximum, a city that undoubtedly constitutes one of the most attractive in the country.