It is impossible for us to visit the Cuban archipelago and not be amazed by those old machines that despite the passing of years continue to circulate and capture with their beauty anyone who walks the Cuban streets.

Today, not only constitute an attraction for the tourism but a valuable treasure and heritage for the inhabitants of this beautiful island. Being an extraordinary fact to walk on objects with more than half a century, that’s a luxury!

When observing them, time recedes, it reminds many of their childhood, without doubts it is like traveling in time.

And it is at that moment when we ask ourselves

1. What is the real story of these cars so old in Cuba?

• What happened to the classic cars in Cuba once the US embargo was imposed?
• Why The Old Car Club “ A lo cubano” got this name?
• So, do not exist in Cuba authentic classic cars?

2. Will it be safe to travel in these old cars?

3. What are the classic cars that abound in Cuba?

4. Where to find a classic car once in Cuba?

5. How much should I pay for a tour over these old machines?

6. What site can I look for to rent a classic car in Cuba?

These are some of the questions that come to mind. Keep reading and you will find the answer.

What is the real story of these cars so old in Cuba?

In the year 1898, in the period of culmination of the war of 1868, Havana capital enjoyed a certain development and apogee for the simple reason of not having been directly involved in the war.

And it was there at that moment where an event happened, for some insignificant but for others transcendental, the appearance of automobiles in Cuba.

In the first decade of the twentieth century the arrival of cars from Havana from Europe did not cease, around four thousand vehicles of varied models moved their streets, all with their brands created by car manufacturers as

The Charles Berndez house, creator of the Mercedes brand, Seigle and Tolon of the Hum-mobile brand, Fausto Rodriguez of Chevrolet cars and Mack trucks, and others.

By the year 1959 this number rose to more than 190,000 cars but this did not last long, with the Triumph of the Revolution and with the subsequent arrival of Fidel Castro to power for any person it became illegal to import cars without government permission paralyzing the history of the automobile on the island.

Beginning this way the US embargo on Cuba, and therefore the stoppage of the flow of American cars and spare parts to the country.

What happened to the classic cars in Cuba once the US embargo was imposed?

As there was no organization that would agglutinate and promote them in the interests of conservation, movements began to be created among the owners of these cars until several groups emerged with the primary function of maintaining and enriching the country’s automotive heritage.

One of those groups was founded on October 4, 2003 by Alberto Gutiérrez, named: The Old Cars Club “ A lo cubano”. 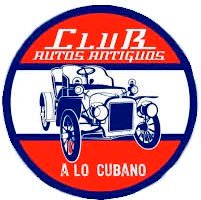 Why The Old Car Club “ A lo cubano” got this name?

It received that name because most of the old cars over the years were necessarily transformed in dependence on the ability that each one had to acquire the spare parts becoming the largest and best organized group of antique cars of all the country.

It currently has an exhibition component and meets in the areas of “La Tropical”, in the vicinity of the Hotel Nacional de Cuba and the Meliá Cohiba Hotel at least once a month, while regularly organizing the Castrol Cup Rally.

Hence, sometimes, a car at first glance may seem authentic but if we look in detail we appreciate that only some retain the body, the rest has been adapted with pieces of other vehicles, rarely handmade pieces since they are not entirely safe; and they have even suffered changes in fuel.

Most work with oil in not very large quantities, an innovation made by Cuban mechanics and drivers, and a certain brotherhood arises between them with the same purpose: Keep those ancient relics standing.

So, do not exist in Cuba authentic classic cars?

Just as there are not so authentic cars, there are others that have preserved their original pieces entirely, including the interior upholstery product to the inventiveness, the persistence of its owners.

Will it be safe to travel in these old cars?

It really is very reliable to travel in classic cars. 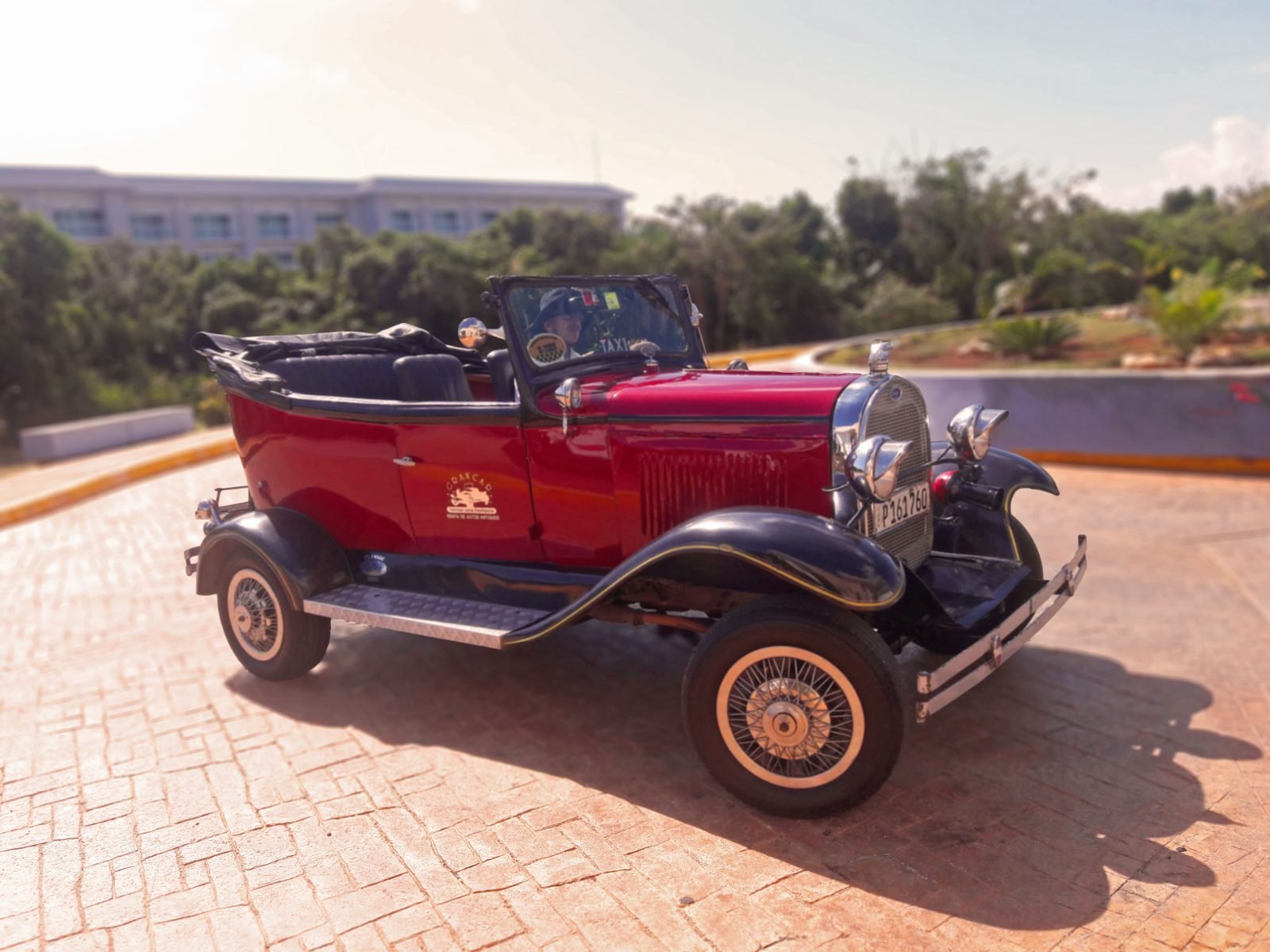 Since they are characterized by fewer problems than modern vehicles because the best prevention is not given by the car or the presence of modern parts.

But the care and love that its owners have, the driving style and especially the skills of the driver, not only the skills as a driver but also the skills as a mechanic, professions that Cubans have had to learn and exercise, some by obligation and others by passion.

In addition, as a result of Cuban laws, all cars, whether classic or modern, are examined before being used as public transport and once on the road they are undergoing technical inspections to check whether the address, the parking brake (emergency), the lights, the engine or everything related to the mechanics of these are in good condition.

These operations are executed and oriented by state government inspectors, the Ministry of Transport and the National Traffic Directorate as part of the accident response system.

Being authorized to handle only those people capable of complying with the requirements of an excellent driver, and that is when the authorization is granted (license) to be able to transit the Cuban streets.

What are the oldest cars that abound in Cuba?

Although there is no doubt that there is a wide range of cars, such as Jeep Willy, Jaguar or Dodge, Cadillac, Pontiac, all with their peculiarities, the 2 mentioned above are the most circulating in the streets, from one place to another, calling the tension of all those who stumble on their journey.

According to studies it was shown that in the year 1959 24 percent of the cars that had been bought were American Chevrolet brand, existing a lot of Bel Airs.

In second place, the Ford with 13 percent, which are considered more reliable, arrived in Cuba before Fidel Castro took office.

And, in a third place, the Buick’s stood up, being the main cause of their preservation, not entirely authentic, for the reasons stated, but with the capacity to resist death and not allow themselves to be overcome by time. 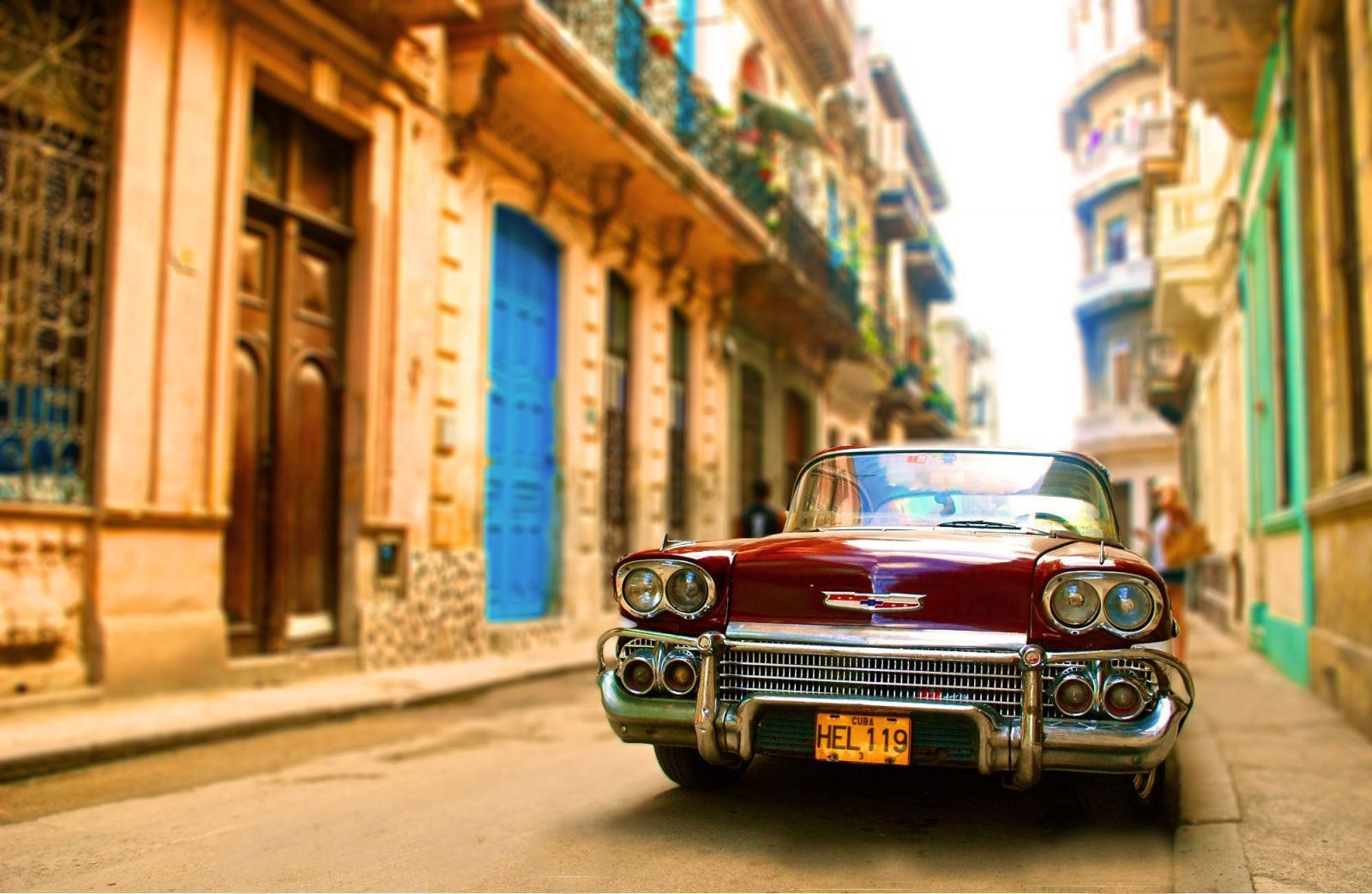 Where to find a classic car once in Cuba?

In Havana the classic cars are concentrated next to the Capitol, where Obispo Street ends, near the Central Park or on the Avenue Puerto.

Key points for tourists or in the vicinity of the National Hotel on Saturday afternoons where the owners of classics usually come together to show off their cars.

In Varadero, it can be located more frequently on street 42, first avenue, Park Ocho Mil Taquillas or on street 15 near the craft market.

But you do not necessarily have to go to those places to enjoy them, just walk easily, either in a corner or in front of a hotel and even if you are staying you have the possibility to go directly to the folder in search of information. 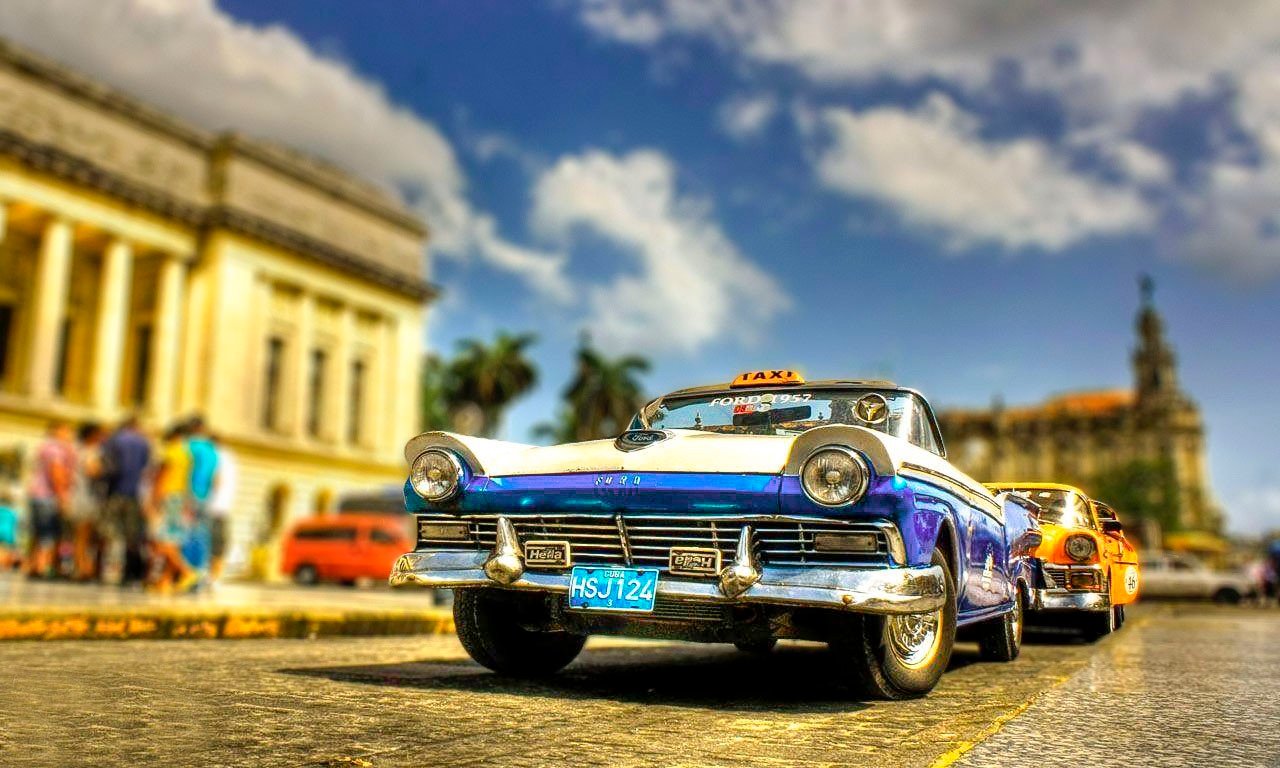 How much should I pay for a tour over these old machines?

The cost depends on the length of the route.

In Havana it ranges between 40 and 50 CUC per hour in convertible cars, which are the main attraction in this city, especially in Old Havana.

This is definitely the best option to find the oldest part of the capital either the famous avenues of the Port, Prado and Malecón, and why not?

The cities of Varadero and Trinidad, important tourist poles of the country, on top of a Ford or a Chevrolet, reliving the time of our ancestors or believing us protagonists of those old Hollywood films of the 50s.

What site can I look for to rent a classic car in Cuba?

According to Tripadvisor, the 10 best private travel agencies with classic car services in Cuba are:

All offer personalized and excellent services where you have the ability to choose and design the trip according to your abilities and preferences, becoming the main protagonist.

For more information you can go to our official website Havana60.com, a travel agency available 24 hours a day, which offers the best services at very cheap prices and the possibility of renting classic or modern cars in perfect conditions.

As well as chauffeurs and tour guides in different languages ​​so that you have the best trip in history and can enjoy these authentic museum pieces that still circulate today.

If you are interested in learning more about the history of classic cars in Cuba,

there is a book entitled:

“The true history of automobiles in Cuba”, written by Morales. It has three volumes, a total of 850 pages and 3,000 photographs. You can find it in ART-EX stores at a price not very high.