Hotels and the History of the Mafia in Havana

At the beginning of the 20th century, the Mafia dealt the cards on Havana. Just like in a Coppola movie, famous gangsters established their business in the Cuban capital. Even if this topic is a kind of taboo, we can still follow their trace reaching the history of emblematic hotels which were part of the scenario of some Mafia deals.

The Mafia arrived in Havana during the 1920s, as a consequence of the Prohibition, when alcohol consumption and trade in United States was forbidden. Rum and other alcoholic beverages were smuggled from Cuba to the States.

Over the years, the actions of the mafia were radicalized. In the 1930s, the famous New York Jewish-gangster Meyer Lansky, the right-hand man of the New York Cappi di tutti cappi Charles “Lucky” Lucciano, came to Havana.Four mafia “families” were established in Havana. There were led by Amleto Battisti, Amadeo Barletta, Santos Trafficante and Mayer Lansky. Cocaine trafficking, prostitution, gambling and betting houses came to be completely controlled by these “families”.

Meyer Lansky settled almost permanently in suite 829 of the Hotel Nacional. According to testimonies collected in the book “The Secret Life of Meyer Lansky in Havana”, the gangster was instantly captivated by the hotel sobriety and the maritime landscape reminiscent of Naples and Miami. 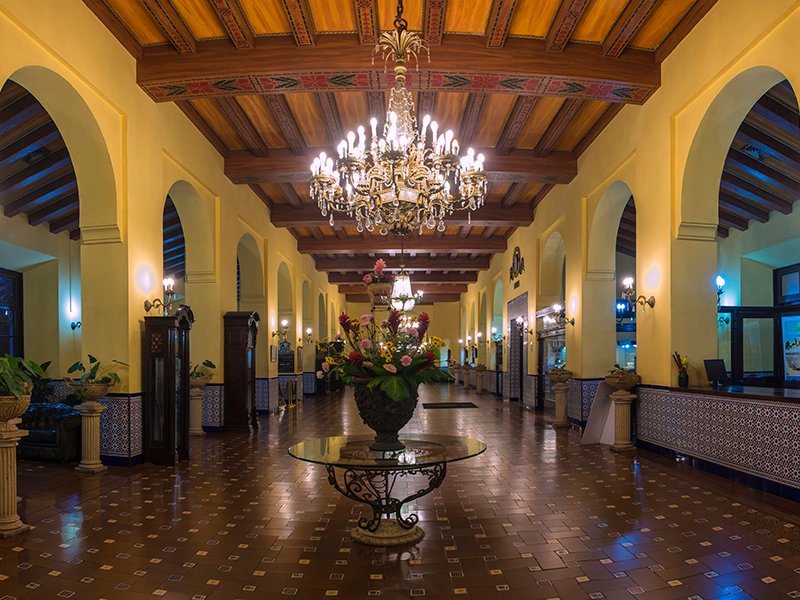 In the 1930s and 1940s, the Hotel Nacional became the Meyer Lansky headquarters for ruling his underworld empire in Cuba. In December 1946, a historical meeting of the Cosa Nostraand the Mafia Union was held in Hotel Nacional. Chaired by Lucky Lucciano, representatives from all the mafia “families” in the United States attended the summit: Vito Genovese, Joseph Bonnano, Joe Adonis, Albert Anastasia, “Dandy” Phil Kastel, Charlie Rocco, among many others.

The main purpose of this meeting was to establish political and business guidelines for organized crime operations in Cuba and the United States. That historical episode is referenced in the movie “The Godfather Part II”, when the character Vito Corleone flew to Havana to attend the meeting. It is also interesting, that the famous singer Frank Sinatra “The Voice”, came to the Hotel Nacional specially to entertain the Mafia Summit ’46 nights. 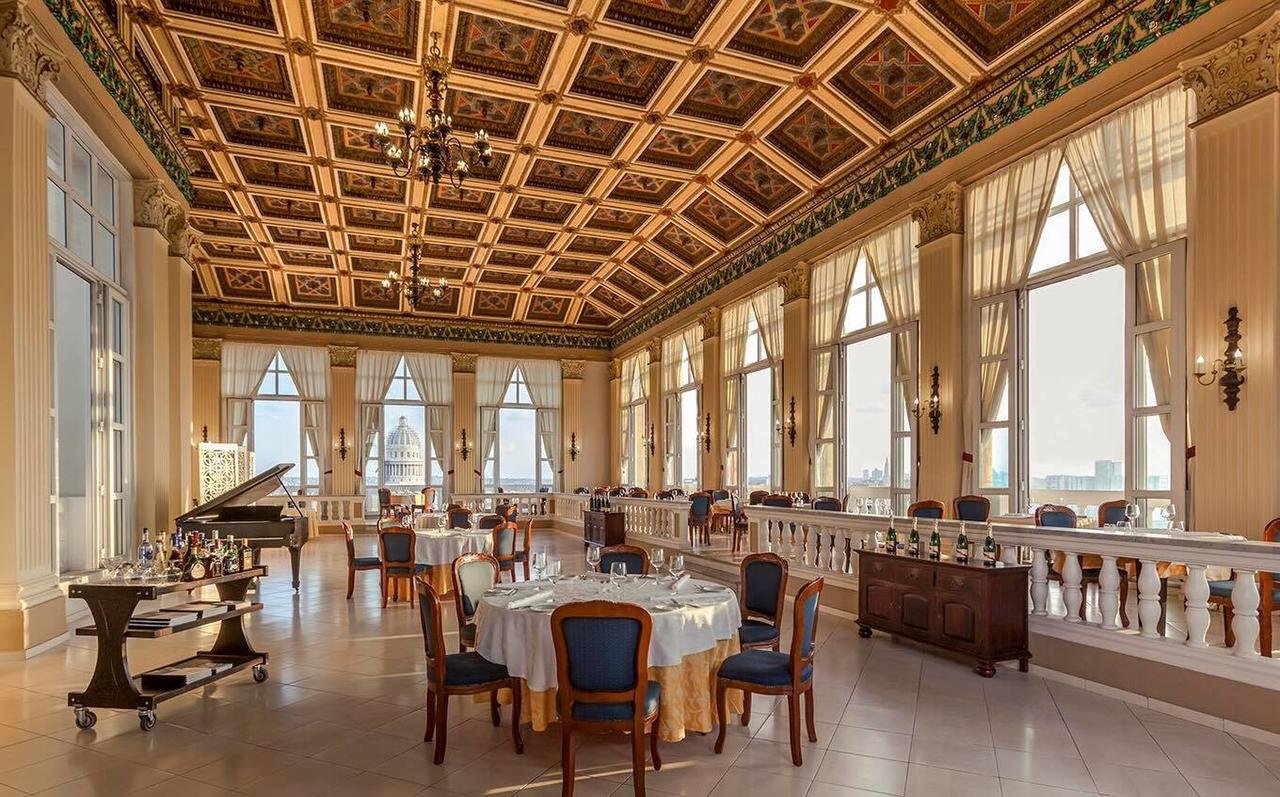 Sevilla Biltmore in another hotel whose history is clouded with the hands of the mafia in Havana. In the 1920s  Sevilla Biltmore was one of the most luxurious and popular hotel facilities in Havana. Located next to the Paseo del Prado, it was inaugurated in 1908 as the first luxury hotel in Cuba, and for several years it was considered the most elegant and comfortable hotel in Havana.

In the late 1930s, Don Amleto Battisti took ownership of the hotel through bribes and fraudulent business and established there his headquarters for commanding the actions of his “family” in the business of vice, gambling, prostitution and other organized crime activities.Under Don Amletto´s tutelage, the Sevilla Biltmore hotel was thoroughly renovated and modernized.

A great casino, a cabaret and a luxury restaurant were opened and its famous Roof Garden became the scene of cultural and social events of the time. Celebrities such as Josephine Baker, Enrico Caruso, the former Panamanian President Arnulfo Arias, Herbert Matthews, the rumba player Tongolele, Bola de Nieve, and other no less notable character were frequent guests there. Al Capone himself rented the 6th floor of the Hotel Sevilla for his Havana clique.

“Las Vegas of the Caribbean”

In the 1950s the Mafia had, not only economic power but a strong influence in the local politics. Cuban president Fulgencio Batista and Meyer Lansky promoted an architectural project to reform Havana city into the “new Las Vegas of the Caribbean”. It consisted in massive construction of new hotels and large casinos all over the Havana coastline. 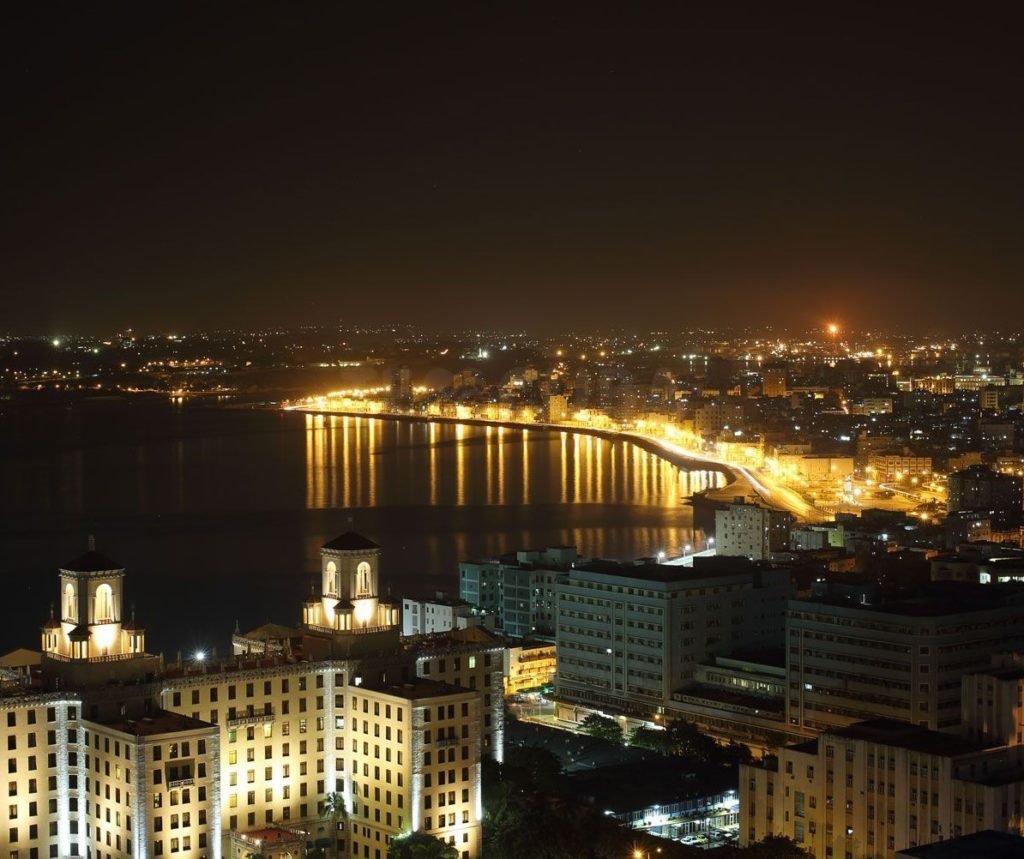 Covered by this law, in 1957 the Club Capri was inaugurated. This facility combined a hotel and a casino in the center of Vedado. The owner of the Capri was Santo Trafficante Jr, and was operated by Nicolás Di Costanzo, Charles Turin alias Charley “The Blade” and Santino Masselli alias “Sonny the butcher”.

The american actor George Raft was the public image for the hotel club.As expected, El Capri was a dark business center, becoming the official meeting point of the North American mafia in Cuba. Meyer Lansky had a suite just for him on the top floor of the hotel.

In December 1957 Meyer Lanzky inaugurated his biggest hotel project in Havana: the Habana Riviera. The total investment cost was around 18 million dollars.The hotel had a luxury cabaret called “El Copa Room” and a large casino.

The casino acoustics was designed so that the sound of the chips and slot machines spread to other areas of the hotel in order to seduce guests. 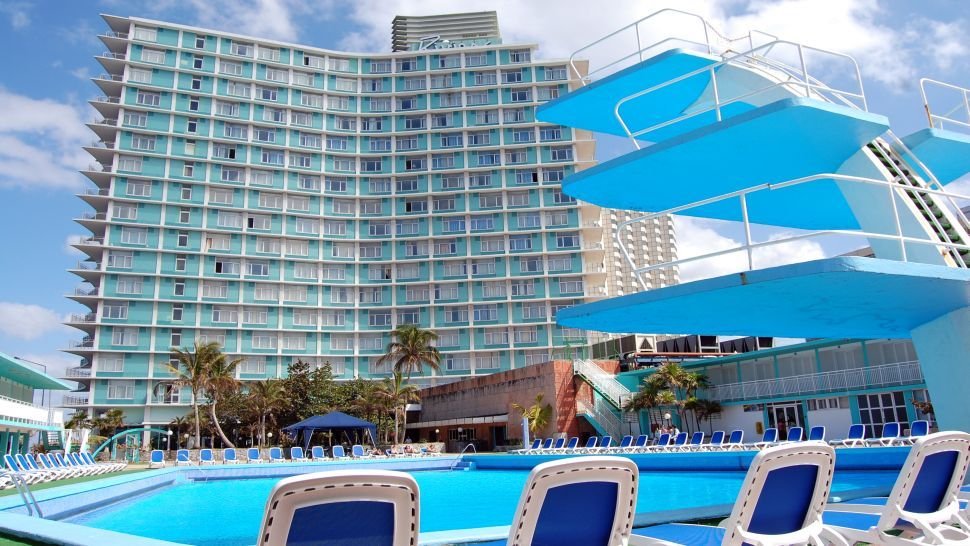 The Riviera is a Master Piece of the Modern Architectural Movement in Cuba. It has one of the best views in Havana.  Even today, the Riviera remains as a symbol of the mafia power in the Havana of 1950s.

Due to the political and economic freedom for organized crime in Cuba, the power of the mafia expanded more and more. Every night, about 10% of the income obtained in Cabaret Sans Souci and the hotels Sevilla Biltmore, Commodoro, Deauville and Capri, as well as the Lansky casinos: the Habana Riviera, Nacional and the Montmartre Club, was entered into the personal accounts of corrupted Cuban politicians.

This situation continued until the Cuban revolution in January 1959, which ended Fulgencio Batista´s the government. In 1960 all casinos and hotels were nationalized. At the same time gambling was banned by law in the country leaving millions in losses for the mafia bosses.